“St. Stephen with a rose, in and out of the garden he goes”
Robert Hunter

On the unfortunate summer day he blew himself to smithereens, Stephen Cripe had big plans for his future, but the main pressure he felt surrounded getting a new set of custom-made fireworks ready for the upcoming Independence Day holiday. It’s doubtful the grim concern that his interesting life was about to end in a manner most spectacular had crossed his mind. He held high hopes for his future as a luthier, but the main guy he’d sought to please with his work was gone. Like all Deadheads, Jerry Garcia’s death the year before had hit Steve hard—but he probably didn’t expect to join the man quite so soon.

To a woodworker, luthier, and all-around renaissance craftsman like Cripe, however, dying while at the workshop bench no doubt represented a best-case scenario: If you got the chance to choose how you were to go, it’s possible many of us might select such a moment, immersed in doing that which we enjoy the most.

Creation was Cripe’s bag, or perhaps transformation a more accurate depiction: disparate chemicals combined just-so to result in a tremendous release of color, sound, and force; the wood of a living tree, transubstantiated into a brass cannon signaling the start of a parade, a beautiful mahogany dining table out of scraps found by chance, or a magnificent musical instrument seemingly capable of channeling spirits from the vibrations of its strings.

And yet the guitar-maker himself couldn’t play one of the damn things, although he thought back in July, 1990, when he first bought a book about how to build an electric guitar that making an instrument from scratch would finally prompt him to learn musicianship. “I figured that if I put all of the blood, sweat and tears into such a project I would spend plenty of time with it learning to play.  Wrong.  I liked building better than playing.”

But Cripe never gave up on that part of the dream, and not long before his workshop accident he had begun making noise again about buckling down on a program of guitar lessons. His time to do so may have run out, but at least the twenty-some guitars he finished or partially finished, survive to tell their own version of the story.

A realist, Steve often admitted that he’d likely remain better at making instruments than playing them. And yet this transformer of disparate, physicalized aspects of base reality into Something More was able to instill an ineffable essence into his creations that attracted the attention of no less a formidable world musician than Jerry Garcia, who even after decades of mastery found himself unable to resist giving the ultimate compliment to Cripe’s work: playing one of the guitars onstage with the Grateful Dead. 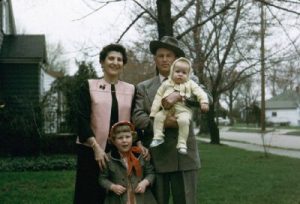 The beginnings of this astounding journey were modest, one might even say All-American. The second child born to Orval Ray “Pete” and Helen E. Cripe, Stephen Ray Cripe incarnated on August 6, 1953, in Sturgis, Michigan, smack in the middle of a week Deadheads now call ‘The Days Between,’ a time of remembrance celebrating Jerry Garcia’s life between the beloved guitarist’s birth- and death-days of August 1 and 9.

A long time before guitars or rock stars would be on Steve’s radar, the Cripes reared Rhonda Eileen Cripe (now Williams) and her younger brother on a 160-acre farm in rural Michigan between the towns of Sturgis and Centreville. Frugal and resourceful thanks to their own childhood during the Great Depression of the 1930s, both mom and dad possessed discipline and skills to make any modern-day homesteader envious: while Orval renovated the 100-year-old farmhouse, kept farm machinery running and built furniture, Helen tended a huge garden, the surplus from which she would can or freeze for the winter. A high school English teacher with multiple Masters degrees, Helen also made the children’s clothes from her own patterns. Steve’s sister Rhonda says their clothes were ‘nicer than anything in the stores.’

Meanwhile, the children began their own apprenticeship by pitching in around the working farm, with Rhonda assisting Helen in all her endeavors, with Steve watching his father work, feeding cattle and chopping wood to stoke the fireplace throughout the snowy months. Lots of wood. Those hardworking Cripe parents taught their children industriousness, but in a framework of what midcentury Americans called the Protestant work ethic—first you work, and then you play. Their son Steve would come to embody this ideal. 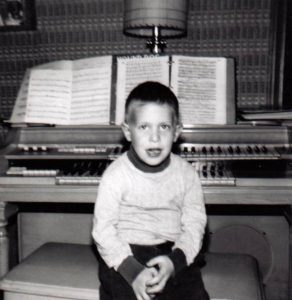 As Rhonda went off to college in 1968, the adolescent Steve moved with their parents to Elkhart, IN, where Orval had decided to take a job working for American Can Company. Steve attended high school in Elkhart where he may or may not have taken a woodworking class, but in any case, he didn’t finish. His reasons for ditching would have been his reasons, but for a kid with an obvious independent and self-reliant spirit, it’s not hard to imagine him feeling classroom-restless. Or, a case of being pushed off the plank—firing off an ironic string of firecrackers in the girl’s room during senior year led to an expulsion that turned into an exit from formal education. A later GED certification, self-directed, would suffice. As for college? Sure, in the form of a woodworker’s workbench, combined with a love of being sea-bound, would lead, if not to a career, at least to a steady trade.

Around 1972 he followed his parents to Marathon, Florida, an environment quite different from the Midwest, with ‘fields’ not of green but aquamarine, crystalline blue—to the water upon which much of his time during his life over the next two decades would be spent. As his skills in both seamanship and woodworking grew, he’d earn money during the winter working on other people’s boats, then sail the summers. 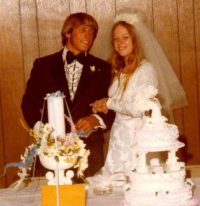 After marrying his first wife Dayle, they bought and lived on a 42-foot cabin cruiser Steve renovated. During the summer they would anchor in the Bahamas alongside the 40-foot version his parents owned. Steve and Dayle would spend their days spearing fish, exploring the islands, reading. They lived this way for years, until they didn’t anymore after the divorce. Other partners would come and go.

“Steve took great pride and pleasure in everything he did,” a friend recalls. “Seeing him build things was like watching someone making love.”

Ask any committed artist—sometimes the intensity and concentration required to conjure the creativity gets in the way of the personal. Steve’s spouse and lovers wouldn’t have been the first to take the second seat to an artisan’s work-life passions.

Having come of age in the late 1960s and early 70s, Steve’s musical aesthetic preferences took a not uncommon shape with his becoming enamored with the rock bands of the day, his as-established favorite became the mixolydian melodies spun out by the Grateful Dead. San Francisco’s shaggy troubadours, an act fronted by one of the most fluid guitar players of what a famous DJ once christened ‘the rock era,’ had been anointed as iconic by mainstream media attention early in the hippie era. Their iconoclasm appealed to young people like Stephen Cripe all over America.

And if the Dead never quite became the international sensation like other iconic rock bands achieved, perhaps it’s because they represent the American mythos of the cowboy alone on his horse facing a vast and untamed unknown wilderness—or maybe a sailor alone on his boat amidst the briny infinitude of an ocean. It’s a cultural myth, this idea, one that might not have translated in quite the same universal way as blues and jazz, their own unique schools of Americana apart from cowboy and folk tunes, managed to achieve.

According to friends, Steve was a loquacious rather than quiet craftsman. He could spend hours  debating the merits of the musicianship coming from the turning reels of a spinning tape deck, else his other interests like sailing or woodworking. (Particularly woodworking.) But his love of the Dead aroused a special passion, they report, so much so he would later spend months making an instrument, unbidden, for the group’s increasingly famous lead guitarist. And one day dropping it into the mail to California, so to speak, on the hopes it would please that master musician.

Later, this miracle was made real—seeing Jerry playing his gifted, custom instrument onstage before a stadium of adoring fans. Yeah—that happened. It might have been a dream Cripe didn’t even realize he had, at least not from childhood. More like a vision that came to him one day.

In any case, a non-guitar-playing woodworker from South Florida would have to be pretty crazy to think he could make a guitar for Jerry out of rescued wood and hope to see the man himself ripping off the big solo in ‘Morning Dew,’ a song playing from a Dead tape the moment Steve decided to make the guitar. But it did happen. 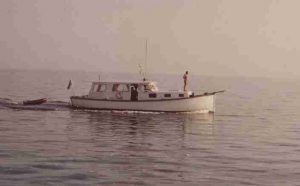 Steve, who held a captain’s license, eventually grew his boat-rehab trade such that wealthy clients who would fly him to the northeast US coast to sail their boats to Florida. The owners relaxed on their boats and enjoyed their extended stays. He also did a stint as a Merchant Marine, which probably sounds out of left field. That guys like him—independent minded, iconoclastic, 1960s-bred nonconformists, what have you—disliked reporting to authority figures was a given.

But after a couple of decades in his routines, which included “too much of everything,” Steve not only sobered up but let his dad talk him into signing up. Told his son, what better way to see the world? Anti-authoritarian or not, Cripe took to it enough that he would re-up for a second term on the seas. But yeah, before long? He was back in Florida. Standing post on a bobbing freighter in the briny Atlantic, passing the hours of a long seaman’s night by carving jewelry out of warthog-tusk ivory, kept him busy for a couple of years and provided a living, but wasn’t quite the same as pursuing a mystical goal, which at the moment hadn’t even formed in his mind yet.

He had unfinished business—Steve Cripe hadn’t mastered the guitar. Neither playing them, nor making one. Not yet.