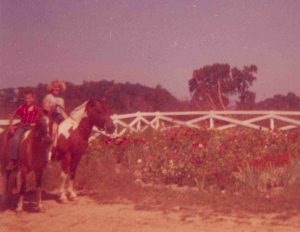 As established, the road to Steve’s stint in the final years of his life as an impromptu luthier began with his Depression-era parents on the farm, who had learned in their own deprived youth to acquire techniques of self-sufficiency. Growing up with such an example led the adult Cripe to become the kind of wood-joiner who could, on a whim, construct the finest of furniture, build out (as well as pilot) a rich person’s yacht filled with the best of teaks and mahoganies at his disposal… or decide one day, sure, to start building guitars from scratch.

An apprenticeship with a fireworks chemist, however, would not only spark his craftsman’s imagination, it would seal his fate as much as acquiring the discipline to shape and join wood into everything from boat cabinetry to a working brass cannon used to kick off a small town parade, at last to the finest of musical instruments played before the adoring approval of tens of thousands of happy concertgoers.

The exploding firecracker, of course, was the emblem he chose to affix to his guitars. He loved creating, it seemed, whether a lasting object of beauty, or an ephemeral burst of cordite, color and sound. He considered one a side-business if not a hobby, with the other—the guitars—a closely-held challenge that carried the weight of a sacred task.

“He was the finest wood-joiner I have ever seen. He ranks, easily, in the realm of the top tier luthiers,” says Hal Hammer, a Florida blues musician, guitar dealer, and luthier to whom Steve turned in his final years for approval and advice. They bonded over their mutual rap sheet when it came to making instruments for rock legends—Hal had made a few axes for Keith Richards. “For a guy who didn’t play, Steve built the greatest playing guitars in the world. Every one of them would just play wonderfully.” 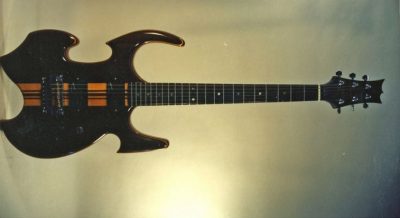 Please email info@cripeguitars.com if you know the whereabouts of this guitar.

The first few attempts, made from a book on building an electric guitar that Steve bought in July 1990, were tried out by a couple of local heavy metal musicians, with mixed results.

“Due to errors in the [electric guitar] book and a lack of musical instrument experience, my first guitar had a neck about the same size as the business end of a baseball bat,” Steve said in one of the articles about his experience building ‘Jerry’s Final Guitars,’ as one notable piece splashed its headline. “I couldn’t get enough constructive criticism, so while driving across country listening to a great version of ‘Morning Dew,’ I decided to build Jerry Garcia a guitar.”

Perhaps building guitars for Jerry lent another layer of meaning to the wood-joiner’s life. In recovery, back home from his stint as a Merchant Marine and now in his forties, maybe it was time for one of those American second acts F. Scott Fitzgerald claimed were rare beasts. In any case, the soaring shredding of a recent Garcia solo would catalyze the process in a way that would change the course of Steve Cripe’s life. 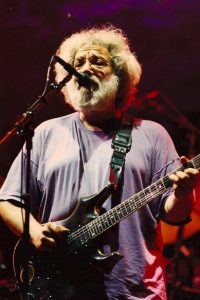 Cripe began work on what would become Lightning Bolt in early March, 1993. He finished only weeks later, in late April.

The only design guidelines he had—other than his woodworking experience and growing guitar expertise—came courtesy of photos and videotape freeze-frames from a recording of Jerry playing Doug Irwin-designed ‘Tiger.’ Steve scrutinized these images—the shape of the body, the location of Jerry’s switches, the beauty of the woodworking and finish on another custom instrument from which uncountable ears had enjoyed so much divine music—until he wore out the videotape.

Winging it like this was simply Steve’s way of working—as studied as possible, but at his best when functioning in an intuitive, spontaneous fashion. His companion at the time [McFarlane] remarked of his approach to designing the instruments: “Steve rarely did his work the same way twice—he was always tweaking details. When he made a guitar, sometimes he started with a card stock template and drew the body shape and then choose the woods. Another time I saw him draw the shape right on the piece of wood.”