“Gotta make it somehow, on the dreams you still believe” – Robert Hunter 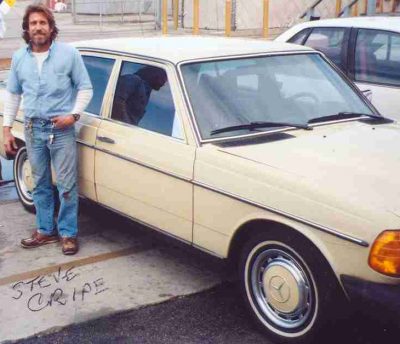 No question—Jerry Garcia was Stephen Cripe’s favorite guitarist. Friends recall the loquacious Florida woodworker and artisan, often covered in sawdust and wearing his favorite sandals, ready to argue the cuddly psychedelic icon’s merits against other godlike musicians. Perhaps it was destiny, then, that Cripe would build a guitar or two for the man. The part that wasn’t certain? Whether Garcia, who received free guitars all the time, would care.

At first he didn’t, until Jerry finally gave the instrument known as Lightning Bolt a thorough inspection. Upon doing so he discovered “one of the finest guitars he’d ever seen,” according to Jerry’s longtime guitar tech Steve Parish. The journey to that moment, and the other guitars Cripe would make for Garcia and a few others, isn’t a straight line. Like the life of the luthier himself, the whole situation, born of spontaneity not unlike one of the Grateful Dead’s lengthy onstage improvisational segments, just kinda came together. And it all started with a high school dropout transplanted from the midwest to coastal Florida, where he cultivated deep life connections to wood, water, music and the wind. 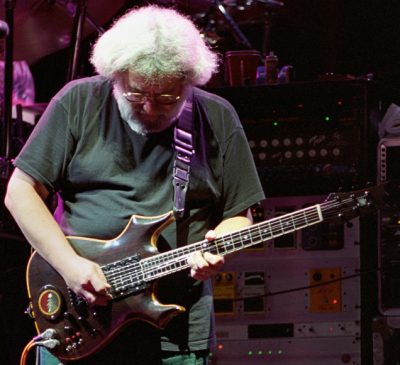 With that setup in mind, what follows is the story in words and pictures of how Stephen Cripe, a woodworker laboring ‘on spec’ on the other side of the country, came to be regarded as a luthier worthy of constructing the last new guitars for one of the most famous and accomplished humans who ever conjured a musical muse.

All that’s interesting enough on its own terms. But this story, Steve’s story, is about more than being a Deadhead who loved Jerry so much that he bestowed a sacred gift at the feet of the master—like all of us, Stephen Cripe held multitudes within his sturdy physical frame. Some of the words will be ours but many will be his, as well as those of his family and friends who took time to tell us about the life of their loved one.